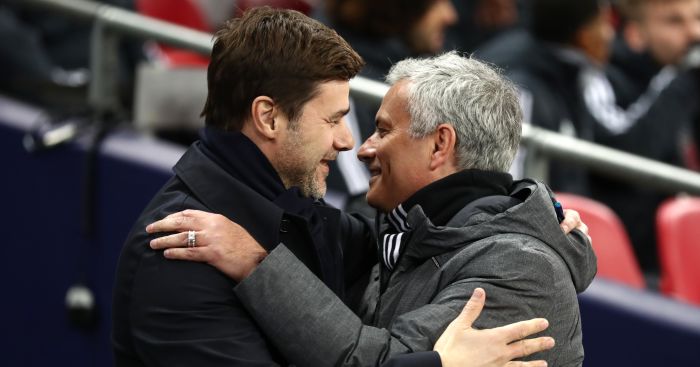 Manchester United have picked their ideal replacement should Jose Mourinho leave the club – and it is not Zinedine Zidane.

Zidane has been heavily linked with United as a successor to the struggling Mourinho – though the United manager was quick to turn the tables on the journalist who claimed the Frenchman had been in contact with Mourinho over the potential job.

Mourinho, pointing to the journalist at his press briefing ahead of the Valencia clash, said: “He’s written it. You need to ask him.

“He’s put a bug on my telephone, so why don’t you ask him?” he adds, at which point United’s press officers steps in.

French newspaper Le Parisien claimed Zidane is having second thoughts about moving to United due to the huge rebuilding job he now believes is needed at Old Trafford to get the club back among the higher echelons of European football.

Now, a report from The Independent seems to suggest that United have switched focus from Zidane and made Tottenham boss Mauricio Pochettino their No.1 choice to take over from Mourinho.

Leading board members are reportedly concerned about Zidane’s ability to adapt to the role due to the fact he has no Premier League experience, both as a player and a manager.

However, Spurs chairman Daniel Levy is apparently unlikely to entertain an approach from a direct rival, while Pochettino is tied down to a long-term deal.