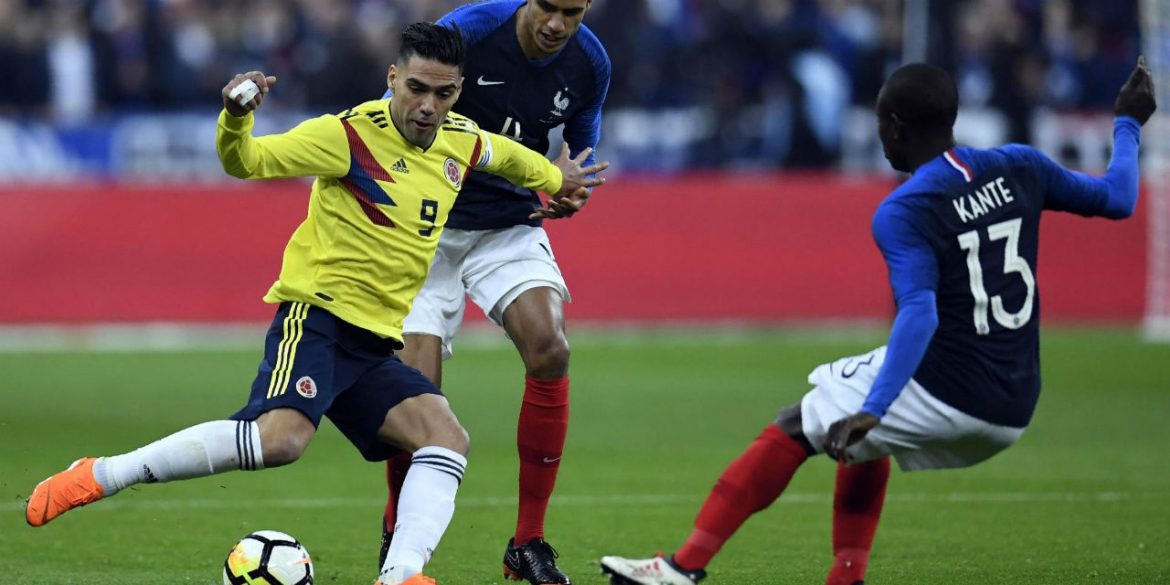 2018 World Cup favorites France still had a lot of work to do before living up to expectations as they squandered a 2-0 lead before losing to Colombia 3-2 at Stade de France here on Friday.

With a string of talented players on offensive end, France were undoubtedly a team to watch. However, their slack defense got the upper hand instead of spectacular offense this time.

A minute of silence was observed before the kick-off in tribute to victims in Friday’s attack in southern France’s Carcassone and Trebes.

Giroud notched his 30th international goal in 70 matches for Les Bleus 11 minutes into the match, as Colombian goalkeeper David Ospina poorly parried left back Lucas Digne’s cross in front of Giroud, who comfortably swept into top corner of the net.

France’s second goal arrived in the 26th minute following team play. Starting the counter-attack from the back half, Griezmann cleverly back-heeled Kylian Mbappe, who teed up Thomas Lemar for a powerful shot past Ospina.

On the other end, France began to suffer from their clumsy defense just two minutes later. Goalkeeper Hugo Lloris made mistakes in easily allowing Luis Muriel’s curling cross into the net.

Speedy Muriel posed great threat to the hosts’ defense after the restart. He saw a volley wide from the post, and another shot blocked by Lloris after he intercepted center back Raphael Varane’s ball.

The visitors managed to level the score in the 62nd minute. France full-back N’Golo Kante gave up the ball possession in his own half, and Colombian striker Radamel Falcao improved his tally in international competitions to 29 goals after he swept in James Rodriguez’s cross.

Deschamps made several changes in the second half, handing more players an opportunity in an attempt to choose an ideal 23-man squad for the World Cup in less than three months, with newcomers Wissam Ben Yedder and Lucas Hernandez both debuting for Les Bleus.

France were given a huge blow with five minutes remaining, when center back Samuel Umtiti earned his opponents a spot kick, and substitute Juan Quintero didn’t waste the chance of turning the table.