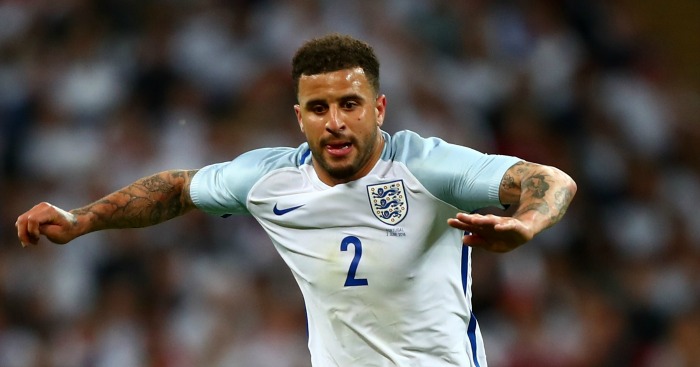 Kyle Walker believes England “need to be realistic” and accept that they need “a miracle” to win the World Cup.

Walker will be a member of the squad Gareth Southgate takes to Russia this summer, having played a key role in Manchester City’s title win.

England are seventh favourites to win the tournament, and impressed in recent friendlies against Italy and the Netherlands in March, as well as Brazil and Germany late last year.

But Walker believes the country will require “a miracle” to win the World Cup – even if they “have got the players to do it”.

“I hope we can go as far as we can go, but we need to be realistic,” Walker told talkSPORT.

“To win the World Cup is going to be a miracle, but we have got the players to do it. A lot of us play in probably the best league in the world.

“We’ve got the players to do it, but have we got the experience going further along in competitions? No we haven’t. Not in recent years.

“We need to be realistic. There are a lot of good teams out there and our record in tournaments has not been fantastic.

“We’ve had a lot of conversations inside the camp – England haven’t won a knockout game for God knows how many years, so for us to go there and win a knockout game, that would be a step in the right direction.”