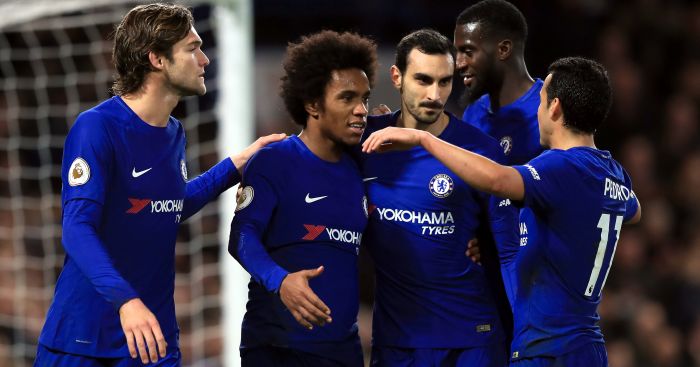 Chelsea defender Marcos Alonso has responded to reports that he could leave the club in the summer, pouring cold water on the rumours.

Recent speculation has linked the defender – who joined from Fiorentina in 2016 – with a move to LaLiga giants Real Madrid.

Alonso also received his first call-up to the Spanish national side in the current international break, and is expected to gain his first cap on Tuesday night against Argentina.

The 27-year-old is one of a number of Chelsea players linked with a move to Real, with Eden Hazard and Thibaut Courtois also tipped for a switch to the Bernabeu.

“I haven’t considered that possibility, I just try to give the best of myself to my team,” Alonso was quoted as saying by Metro.

Chelsea have been linked with a move for Napoli left-back Elseid Hysaj despite signing Emerson Palmieri from Roma in January.

However, Hysaj is also apparently wanted by Premier League rivals Arsenal and Manchester United, as well as Bayern Munich and Real.