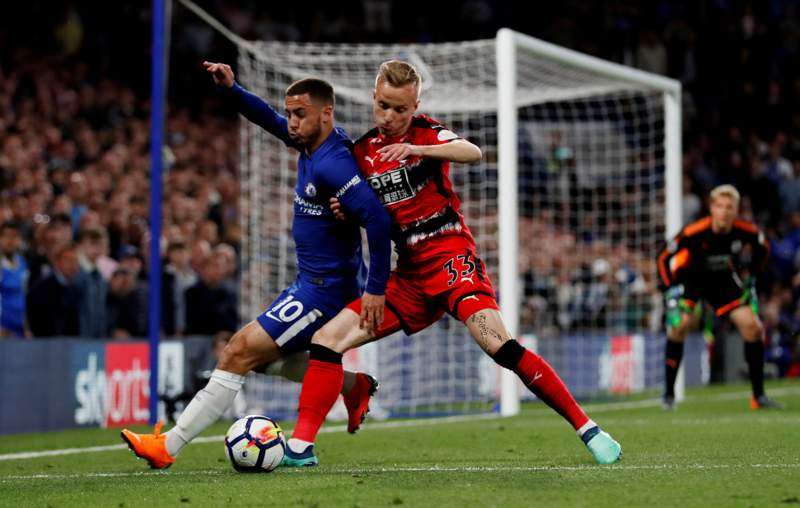 With the 1-1 draw against Huddersfield Town on Wednesday night Chelsea’s chances of reaching the top four have taken a massive dent and they seem destined for Europa League football next season.

However, the Champions League dream is not completely over, but it would take some thing pretty miraculous up north for the Blues to reach Europe’s elite competition next season.

This may be one of the more optimistic articles that you are going to read today, but here is how Chelsea can still qualify for the Champions League next season.

With Tottenham Hotspur now out of reach, it means only fourth place is up for grabs and Chelsea firstly need to beat Newcastle United at St James’ Park.

However, even that might not be enough as the Blues need to hope that Brighton & Hove Albion can beat Liverpool at Anfield, with the Reds just two points above Antonio Conte’s side going into the final day of the season.

If that miraculous step does happen, then the Blues will qualify for the Champions League, however there is still one more permutation that could clinch it for Chelsea.

“The situation wasn’t in our hands before this game and, for sure, the possibility is less now after this game. At the same time, we have to try. We have to try to do our best,” Conte said after the draw.

“Like today. We played an intense game, with a will to win great desire to get three points. But we weren’t able to win the game today. That’s football.”

If the miraculous does happen and Chelsea clinch fourth place, then even if Liverpool beat Real Madrid in the Champions League final, then the Blues will still qualify for the competition, with the Premier League allowed five teams as they did this season.

If Liverpool do win the Champions League that will not mean that Chelsea will qualify for the competition if they finish fifth, as it will just be the top four teams from the Premier League.

So, cross your fingers, toes and every part of your body. Otherwise it’s Thursday night football coming up.