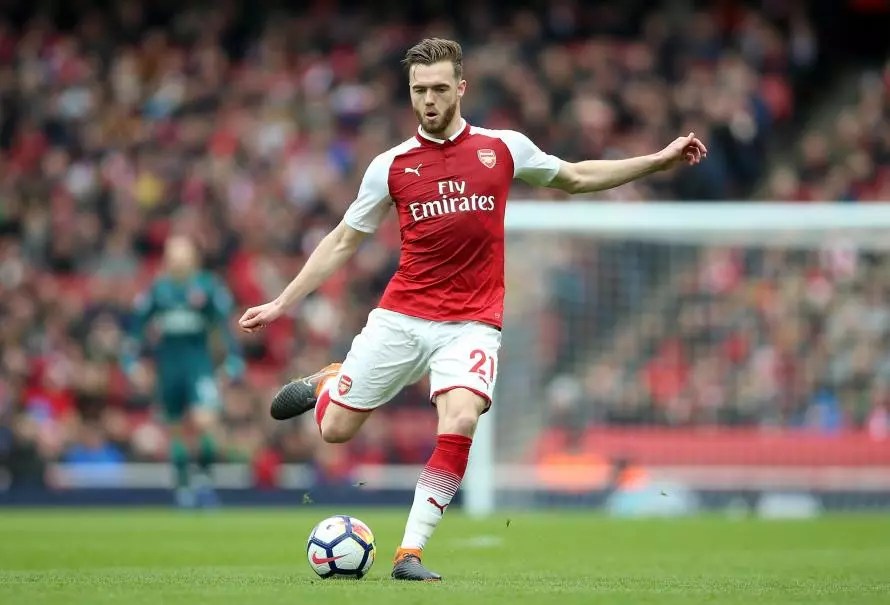 It was all going so well. With 80 minutes of the season-defining Europa League semi-final first leg against Atletico Madrid played, Arsenal were a goal to the good and in control. But then the Gunners’ defensive frailties cost them, again. It’s become a familiarly tragic tale for Arsene Wenger and his side.

Faced with a speculative ball over the top for Antoine Griezmann to chase, Laurent Koscielny managed to kick a clearance off his own face, releasing the Atleti striker clean through on goal. At the second attempt, Griezmann took the opportunity, giving his side a crucial away goal and a platform to build on in this week’s second leg. It could be the moment that costs Arsenal the Europa League and qualification for next season’s Champions League.

This has become the norm for Arsenal this summer, with the individual errors of Shokdran Mustafi and Koscielny compromising any progress they have made in other areas of the pitch. With that pairing at the back, the Gunners are perpetually vulnerable, as demonstrated by what happened against Atleti in last week’s first leg.

With the second leg in mind, Wenger rotated his squad for the trip to Old Trafford to face Manchester United at the weekend, with his young Gunners turning in a commendable performance despite their eventual defeat. Young Greek defender Konstantinos Mavropanos impressed on his senior debut, with Calum Chambers also shining alongside him.

Of course, it’s perhaps too impulsive to suggest Mavropanos could start against Atletico Madrid, given his lack of experience, but Chambers could be the solution to Arsenal’s defensive issues, at least in the short term. The 23-year-old has been a squad player at the Emirates for a number of years, but is experienced enough to handle such an occasion in the Spanish capital on Thursday night. That wouldn’t be a concern.

Chambers is adapt at bringing the ball out from the back, which could help ease some of the pressure that will surely be piled on Arsenal at the Metropolitano. He might not boast the pedigree of either Koscielny or Mustafi, but what is that pedigree really worth when they are prone to so many mistakes?

It would be a bold call for Wenger to drop one of his two central defenders for the biggest game of Arsenal’s season. But there is a lot on the line for the Frenchman. His legacy will depend on what happens against Atletico Madrid on Thursday night and so if ever there was a time to be bold, to be decisive, this is it. Koscielny and Mustafi just isn’t working for Arsenal as a defensive basis. Chambers, as things stand, might be the better option.