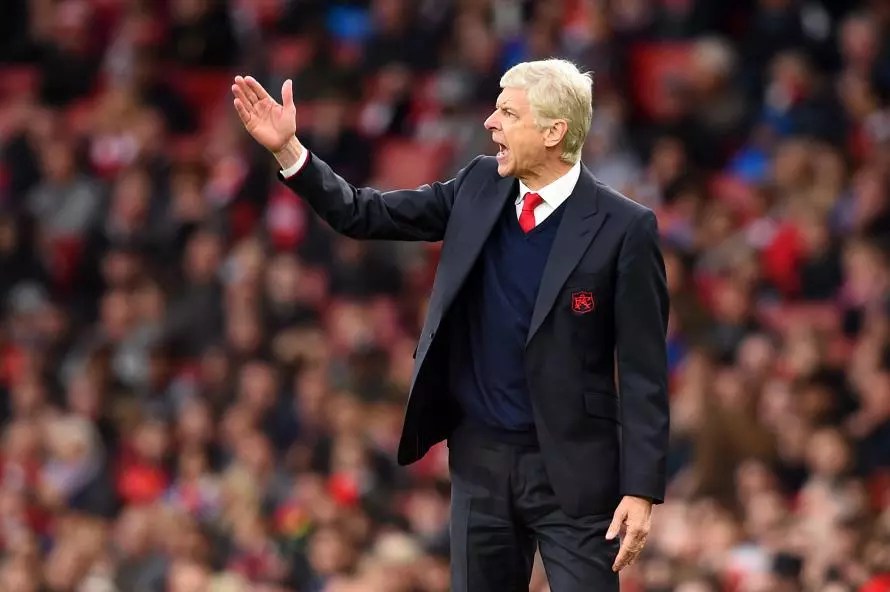 Arsenal produced a sensational performance in their Europa League last-16 first-leg tie with AC Milan, as goals from Henrikh Mkhitaryan and Aaron Ramsey handed the Gunners a fine 2-0 win over the Italian giants in the San Siro.

Here are four talking points from the game:

Arsenal fans would’ve sat down in front of tonight’s match expecting the worse as defeats to Ostersunds FK, Manchester City (twice) and Brighton & Hove Albion saw them hit their worst run of form since 2002, but Arsene Wenger’s men produced arguably their best performance of the season, as they ran out 2-0 winners over AC Milan at the San Siro.

Milan, who had been in great form before tonight, were favourites to win tonight’s tie and would’ve fancied heading to the Emirates Stadium with a lead, but the Gunners had different ideas, as they produced some stunning free-flowing football, which unlocked the shaky Milan defence with ease, while some decent defending from the north London side means they will head into next week’s second leg with a two-goal cushion.

Mesut Ozil and Jack Wilshere orchestrated the play with the former assisting for both Arsenal goals, with his second assist for Aaron Ramsey’s goal a real delight, as he took out the whole Milan defence with one sumptuous through-ball, while throughout the match Arsenal had their passing swagger back, as Milan struggled to get any sort of stranglehold in the game.

A side devoid of confidence, Arsenal were terrific last night, and with the Europa League the only real path for Champions League football next season, then Wenger must put his eggs in one European basket, and they have to be major players in the competition.

2. AC Milan A Shadow Of Their Former Glories

With Milan heading into this tie unbeaten in 13 matches, this was set to be a huge test for an out-of-form, low on confidence Arsenal side, but the Gunners faced no such worries against a Milan side that are a shadow of that former European powerhouse, who are only second behind Real Madrid on the all-time European Cup/Champions League roll of honour.

The likes of Franco Baresi, Paolo Maldini, Marco van Basten and Filippo Inzaghi have been a quartet of world class players to have donned the famous red and black stripes of the epic San Siro side, but Gennaro Gattuso’s current crop wouldn’t be fit to lace the boots of teams of yesteryear, as they lack quality in all departments.

They possess no X Factor whatsoever within their ranks, and their shaky defence was opened at ease by Arsenal, who will certainly return to the Emirates Stadium with a real boost of confidence, as they look to earn their path back into the Champions League with a win in the Europa League

With Pierre-Emerick Aubameyang ineligible and Alexandre Lacazette out injured, then the attacking mantle falls firmly at the feet at Danny Welbeck, but the English international showed his rustiness again this evening, and his lack of potency in front of goal could ultimately cost Arsenal in the Europa League.

Having had little game time in the Premier League, Welbeck has been forced to settle for European action, and his lack of match sharpness showed again tonight, as he missed a couple of chances during the game, and just highlighted Wenger’s will to bring in Aubameyang in January to bolster his frontline.

We have all seen Welbeck at his best, none more so than in England shirt, but the former Manchester United frontman just needs to find that goal to give him some confidence, and if that strike can come, then he could be the cog needed to improve Arsenal’s hopes of collecting European silverware.

Match could’ve have been so much different had Hakan Calhanoglu fell to the floor in the first 15 minutes of the game and earned himself a blatant penalty. Diving in football is the hot topic at the moment, and it’s certainly an area in the game that riles fans, but Calhanoglu’s honesty saved Arsenal’s goalkeeper David Ospina from giving Milan a superb chance to open the scoring from 12 yards.

Rushing down the left-hand side, Calhanoglu faced an on-rushing Ospina, who went to ground, and the Milan attacker nudged the ball past the Gunners stopper, and with his momentum touching the frontman he had every right to go down, but he elected to try and keep and his balance, and he could only watch as the ball went out for a goal-kick.

Poor attacking play you could argue, as 99% of strikers would’ve sent themselves tumbling to the deck, and you could sense Gennaro Gattuso’s disappointment with his honest frontman, and had he gone down then this match could’ve been so much different.