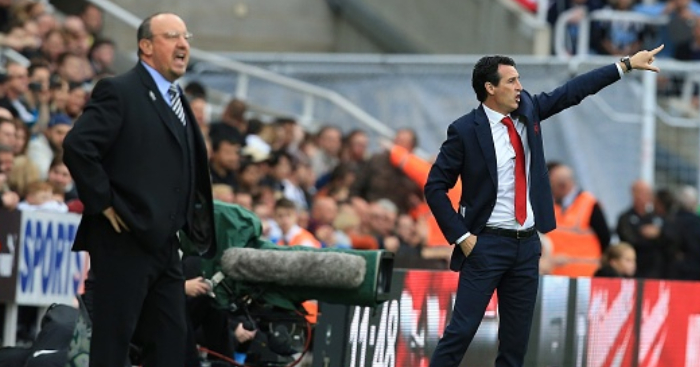 Rafael Benitez remained in defiant mood after slipping to yet another 2-1 defeat by one of the big guns, having lost to Tottenham, Chelsea and Manchester City by the same score already this season.

Mesut Ozil’s 58th-minute strike secured back-to-back away wins in the league for the first time since the 2016-17 season for Arsenal after Granit Xhaka had opened the scoring, with substitute Ciaran Clark reducing the deficit in stoppage time.

Asked if he was worried about a return of just one point from the first five games, Benitez said: “No. I said before, it’s a difficult time because you have to win games, but it’s nothing that we were not expecting, we knew it could be like that.

“The only thing is that maybe against Cardiff, we could have got three points because we had the late penalty. But the reality is that against a top side, you can lose and we have lost by a small margin. That’s the only positive.

“You think that if you do well, you can get points against these teams.”

Benitez lost skipper Jamaal Lascelles at half-time after he had tried to run off a recurrence of an ankle injury sustained during the warm-up, although the extent of the damage is not yet clear.