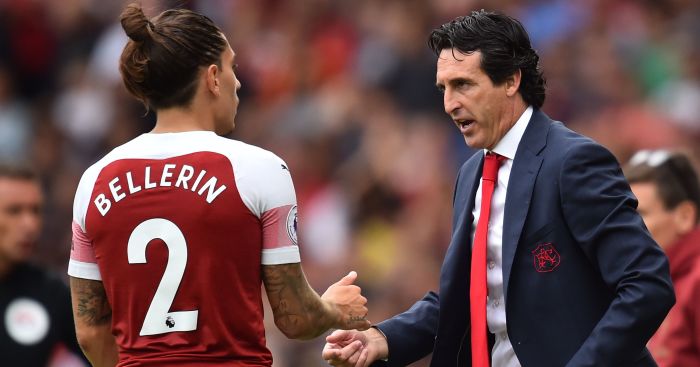 Hector Bellerin says Arsenal will reach a higher level under Unai Emery after detailing the major difference between the Spaniard and Arsene Wenger.

Bellerin, who has opened up on the personal abuse he has suffered for being different, says he has been “impressed” with new boss Emery.

Arsenal have lost two of their first four Premier League games – against Man City and Chelsea – but Bellerin, 23, believes the Gunners are on the right path due to Emery’s different plan for each game.

Bellerin told The Times: “I am impressed with Emery. We lost our first two games but we were very close both times.

“After the match, the players could feel that things were coming together. With Arsene, he wanted us to play in the same way regardless of the opponents. The idea was that we could play in our way and beat anyone.

“But Emery is very focused on preparing a plan for our next opponents, whoever they may be. It is very detailed and very professional. The next few months are going to be very exciting for all of us. We will reach a higher level.”