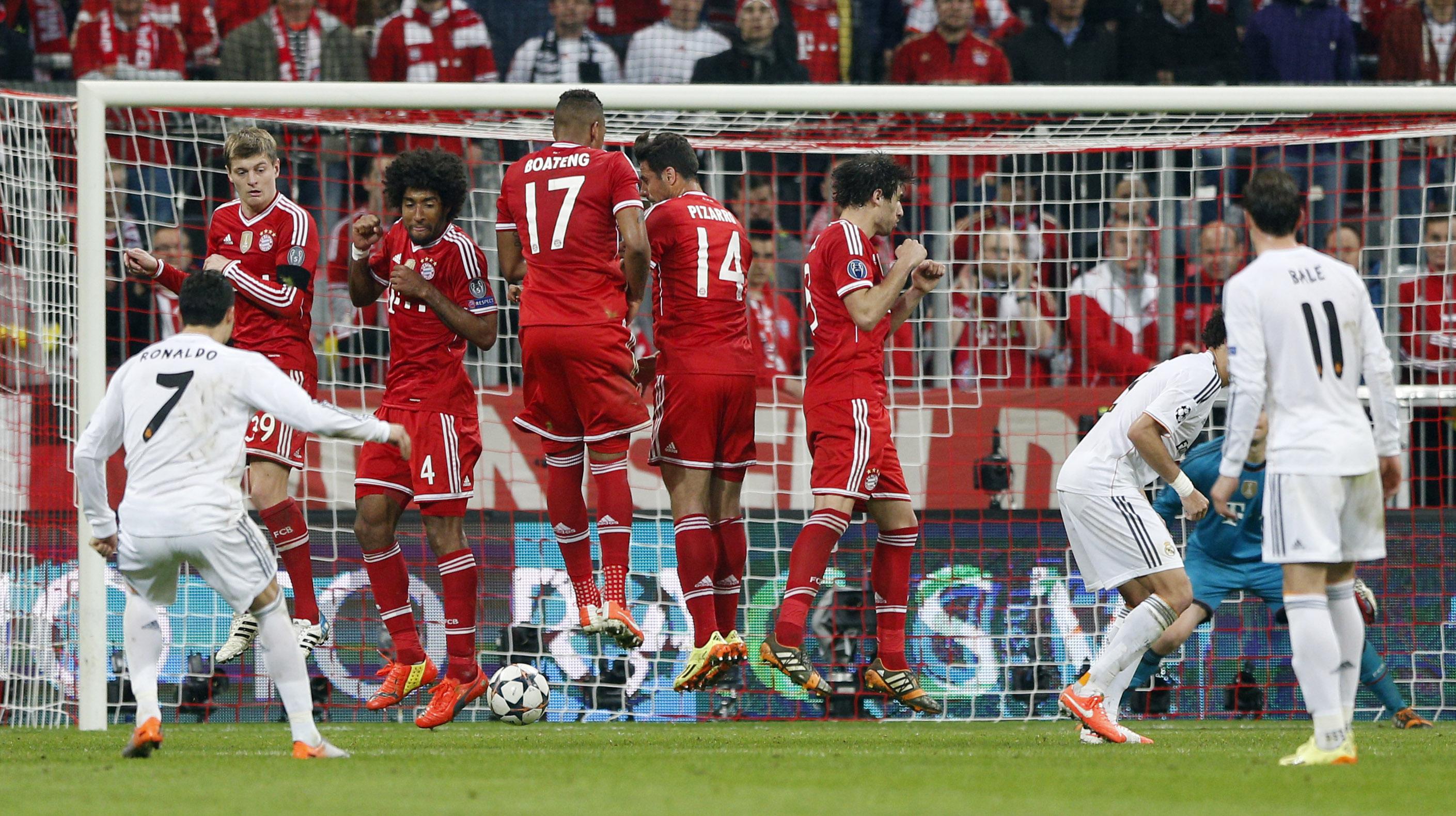 Former champions FC Bayern Munich and record title holders Real Madrid will clash in the first leg of what is probably the most interesting semi-final of this season’s UEFA Champions League here on Wednesday night.

With no chances left of defending their domestic crown, Real Madrid face the first of possibly three matches which will define whether their season is a historic success or an abject failure.

Bayern Munich, on the other hand, will have revenge on their minds.

Coached by France legend Zinedine Zidane, Real Madrid know that everything hangs on winning a third successive Champions League title after a domestic campaign which sees them 15 points behind FC Barcelona in the La Liga and out of the Copa del Rey.

However, all of that will be forgotten if Real Madrid are able to lift the Champions League trophy for a third consecutive year — something no team has ever been able to do in this iteration of the tournament.

Madrid’s season was close to ruin when Juventus were 3-0 up in the Bernabeu in the second leg of their quarter-final, but Cristiano Ronaldo’s controversial injury time penalty saw them squeeze into the last four and perhaps learn the dangers of overconfidence.

The only injury doubt for Zidane is defender Nacho Fernandez, who has been out of action since the end of March. Sergio Ramos will play after missing the return leg against Juventus through suspension.

The question for Madrid is who will partner Ronaldo in attack with Lucas Vazquez, Marco Asensio and Karim Benzema all providing different attacking possibilities.

Bayern will view the tie as a chance to avenge last season’s controversial exit to Madrid in the quarter-finals when they had players (Javi Martinez and Arturo Vidal) sent off in both legs as Madrid ran out 4-2 aggregate winners after extra time in the Bernabeu.

The German side has already won a seventh consecutive Bundesliga and has not forgotten the performance of referee Viktor Kassaa in last year’s quarter-finals in which he sent off Vidal and committed several other errors.

“Last year the referee knocked us out,” commented Bayern right back Joshua Kimmich on the club’s TV station on Sunday.

Apart from the return leg against Juventus, Madrid have been excellent in the knockout stages of the Champions League this season, playing exceptionally well to knock out Paris Saint Germain and winning 3-0 in Turin.

Bayern’s coach Jupp Heynckes knows what it is like to coach Madrid and he will be hoping his side can keep Ronaldo at bay.

Heynckes has two options for his starting 11 in the Munich arena on Wednesday. To make the right choice couldbe the key to a repeat of the club’s best ever year in 2013 when his team won the treble.

While the defense in both options will be made of right back Joshua Kimmich, central defenders Jerome Boateng and Mats Hummels plus left-back David Alaba, the midfield selections will ultimately decide the Bavarian’s approach.

Choosing the wingers Franck Ribery and Arjen Robben next to Thomas Mueller behind spearhead Robert Lewandowski contains more offensive power as only Javi Martinez and James Rodriguez are available to do the defensive job in midfield. Chilean Arturo Vidal is injured.

Going for a midfield triangle (Martinez, James and Thiago) would leave Robben on the bench. So far Heynckes has mainly chosen a triangle but this time could change as his side needs to create a cushion to survive in the second leg a week in the Spanish capital.

The more open solution will require the strikers do a lot of work tracking back as “the most important thing will be the right balance between offense and defense” as former Bayern coach Ottmar Hitzfeld put it.

Ribery, Robben, Mueller, and James will have to help stop Real’s dangerous counterattacks and neutralize their star striker Cristiano Ronaldo.