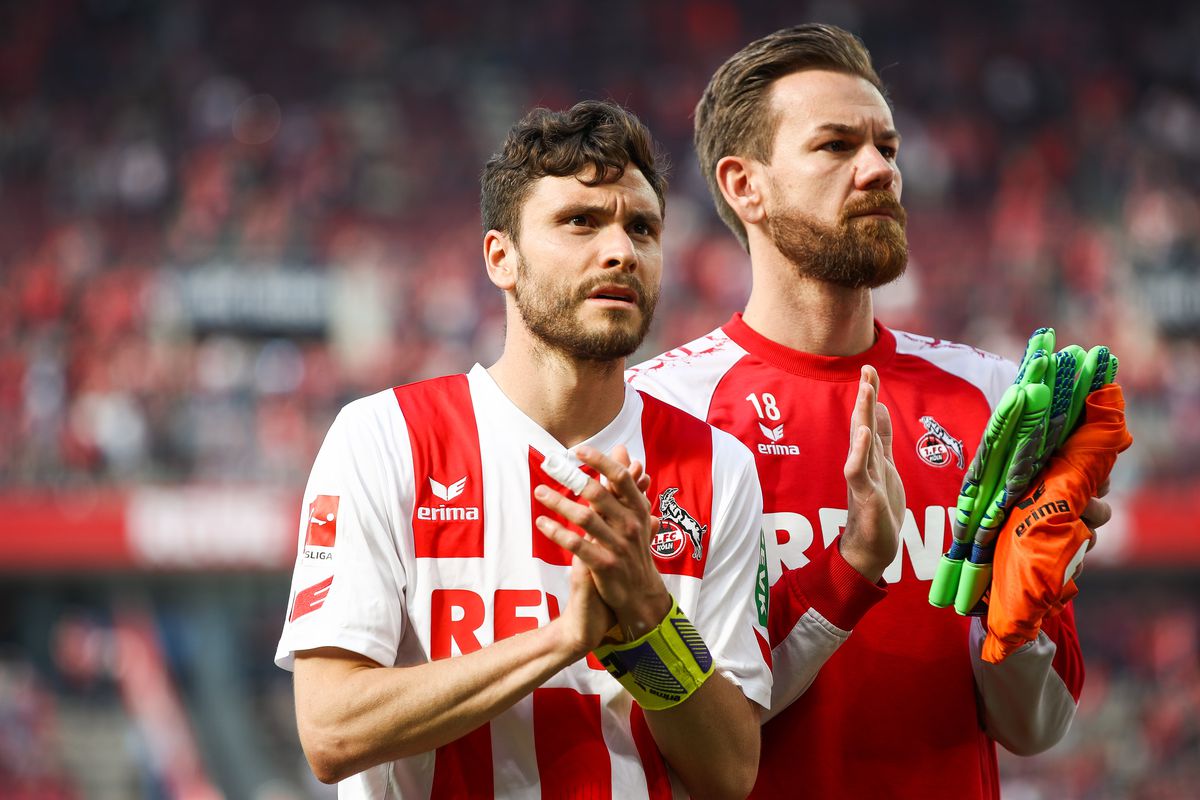 Life and death at the bottom of the table
It is that unfortunate time of year for the bottom dwellers of the table, the true do-or-die period of the season.

Some teams that scuffled for the majority of the year, such as Mainz, have somehow managed to already clinch another year in the top division, while others like Hertha Berlin, FC Augsburg, Werder Bremen, and Hannover 96 have been just mediocre enough—which means they are set for another season.

FC Köln has already clinched a last place finish, which is disappointing because the Billy Goats have more talent than a typical last place side; they just dug themselves such a deep hole under Peter Stoger that the squad could not climb out of it.

That leaves SC Freiburg, Wolfsburg, and Hamburger SV in a three-way dance to determine which team will be safe, which will have to fight for its Bundesliga life in a playoff against Holstein Kiel, and which will be automatically relegated with Köln.

As FC Nürnberg and Fortuna Düsseldorf have already clinched their way back up to the Bundesliga, let’s take a look at the respective scenario of each team threatened with relegation as we head into Bundesliga Match Day 34.

What Freiburg needs to stay in the Bundesliga:

A win or draw against Augsburg.

A loss to Augsburg and a Wolfsburg loss to FC Köln.

How Freiburg can end up facing Holstein Kiel in a playoff:

A loss to Augsburg, plus a Wolfsburg win over FC Köln.

What would automatically relegate Freiburg:

Nothing, Freiburg, at worst, will finish 16th.

What Wolfsburg needs to stay in the Bundesliga:

A win over FC Koln and an SC Freiburg loss.

How Wolfsburg can end up facing Holstein Kiel in a playoff:

The Wolves need to match whatever result Hamburger SV has against Borussia Monchengladbach for a playoff.
A draw, plus a Dinosaur win by fewer than 10 goals.

What would automatically relegate Wolfsburg:

A loss to FC Koln, plus a Hamburger SV win.
A draw, plus a Der Dinosaur win by 10 goals over Borussia Mönchengladbach. You bet it is possibly impossible

What Hamburger SV needs to stay in the Bundesliga:

Nothing, Der Dinosaurier needs HELP just to force a playoff.

How Hamburger SV can end up facing Holstein Kiel in a playoff:

A win against Borussia Mönchengladbach and a loss by Wolfsburg to the Billy Goats.
A draw by the Wolves against FC Köln, plus a win by 10 goals over Die Folen.

What would automatically relegate Hamburger SV:

A loss or draw and Der Dinosaurier’s run as the Bundesliga’s longest running side is over.
A win by Wolfsburg.
A Wolfsburg draw, plus a win by fewer than 10 goals over Gladbach

Summary and prediction
Given the poor quality that these teams displayed throughout the season and the overall lack of consistency of each, it is virtually impossible to figure out who will survive. Honestly, the Billy Goats are playing better than any of the other sides involved in this race to get out of the bottom of the standings, but their fate is already sealed.

It’s a little hard not to at least have a little sympathy for Cologne. With players like Jonas Hector and Timo Horn committing to the squad despite having the ability to leave, there is a genuine loyalty there not often seen.

As for who will survive this mess, Freiburg seems to have the path of least resistance here. With one win in its last 10 matches, however, I would not say that is an overly confident selection.