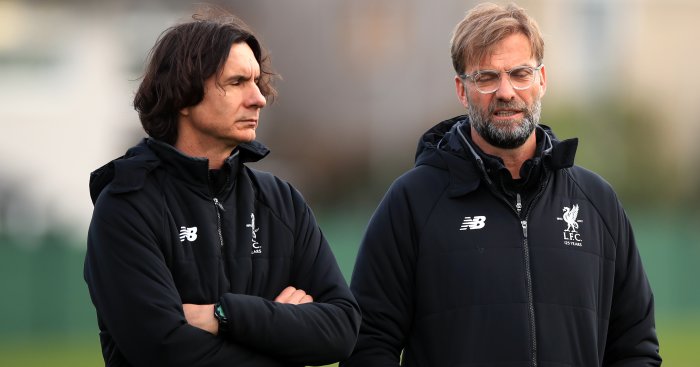 Liverpool assistant Zeljko Buvac has been interviewed by Eintracht Frankfurt over becoming their new manager, according to a report in Germany.

The 56-year-old Bosnian’s future at Anfield is up in the air after it emerged on Monday that he had taken a leave of absence from Liverpool for “personal reasons”, just days before the Reds’ semi-final, second leg of their Champions League semi-final with Roma.

Buvac stood down from his position and was immediately linked with replacing Arsene Wenger at Arsenal, but now according to Back Page Football, he has held talks with Eintracht Frankfurt.

The Bundesliga side’s current boss Niko Kovac has been poached by Bayern Munich and he will replace Jupp Heynckes in the Allianz Arena dug-out this summer.

Therefore Eintracht are looking for a replacement and Buvac is understood to be one of the main contenders for the role.

Buvac’s reputation in Germany is high as a result of working with Klopp at Mainz and then Borussia Dortmund for 17 years.

Earlier this week Pravda BL in Bosnia, who broke the news in 2015 that Buvac was joining Klopp at Liverpool, claimed that all had been agreed with Arsenal for him to take over as their new manager in the summer.

“Mislintat believes a three-man structure incorporating himself, Buvac as head coach and Raul Sanllehi, Arsenal’s head of football relations, is the best way to develop a successful long-term strategy at the Emirates,” reported the broadcaster.