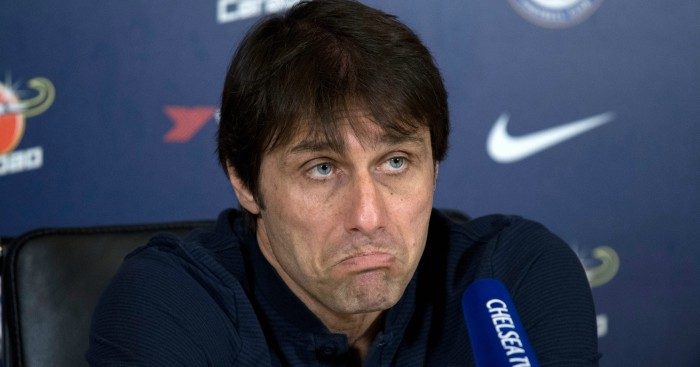 Chelsea boss Antonio Conte has claimed he has a tougher job and has experienced a more difficult season compared to Burnley coach Sean Dyche, saying his colleague manager’s job at the Turf Moor is ‘more simple’.

Dyche has spent £35m on players this season and has been very effective with his squad rotation and churning out great results throughout the season, as his side lies seventh, only two spot below the Blues in fifth.

The Italian manager, Conte, on the other hand led Chelsea to title victory last May and has invested £200m on new talents, but has endured a torrid season, placing outside the top four and failing to win the Champions League and Carabao Cup.

The West London outfit clashes with Burnley on Thursday, with a 12 point lead on their rivals tonight, and despite Conte praising the efforts of Sean Dyche in guiding Burnley that high up the league table, the former Juventus manager remains adamant his rival in the dugout tonight may not have had it all rosy if he were a Chelsea manager.