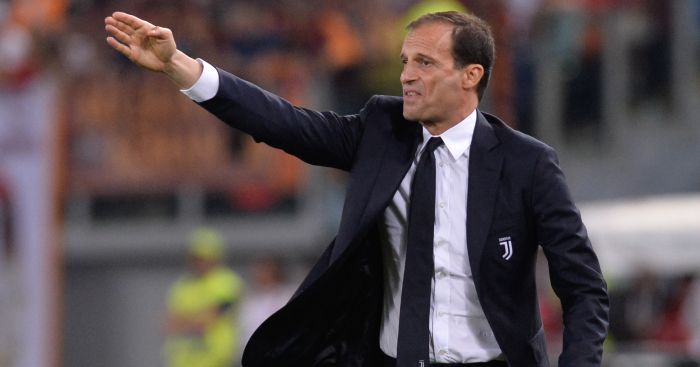 Juventus coach Max Allegri has seemingly ruled himself out of the running to take over as Arsenal boss this summer.

The Italian, who has also been linked with the Chelsea job, has been strongly tipped to succeed Arsene Wenger at The Emirates and reports on Sunday suggested that he was keen on bringing five players in to strengthen the Gunners’ squad.

However, it would appear that Allegri is staying with the back-to-back Serie A champions, admitting: “Will I stay at Juve? Yes. I have a contract to honour.

“If they don’t sack me, I’ll stay at Juventus next year too.”

Indeed, City boss Pep Guardiola admitted he would not stand in the way of the former Gunners midfielder if he wanted to return to The Emirates.