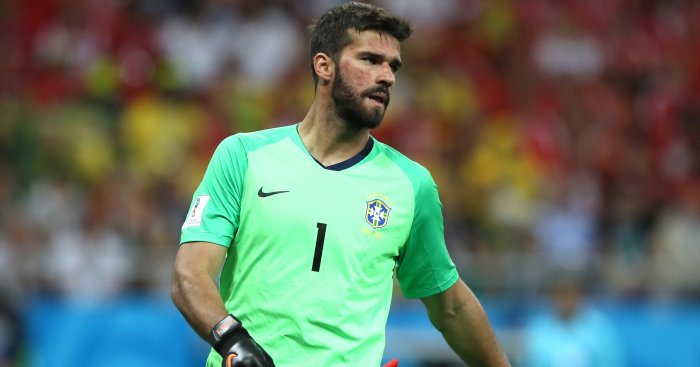 Roma keeper Alisson Becker has confirmed his departure and reports suggest his move to Liverpool is a done deal.

The goalkeeper departed Ciampino airport in Rome today bound for Liverpool where he will complete a £67million deal to join the Anfield club.

And while at the airport he thanked Roma fans and declared it was “time for a new adventure”.

“I want say thanks to AS Roma fans,” Alisson said. “Now it’s time for a new adventure.”

On Tuesday several reputable sources, including the BBC, claimed that the Reds had made a €70million (£62.2million) bid to Roma for the player’s services.

A day later, numerous reports are claiming that the Reds’ £67million offer has been accepted by the Serie A side and they have now been granted permission to agree personal terms with the Brazil international.

Italian journalist Gianluca Di Marzio believes it is a forgone conclusion and Alisson to Liverpool is a done deal.

The Brazil international has been linked with a move to Anfield for much of the summer with various reports indicating the Reds were interested after Loris Karius’ double howler in the Champions League final.