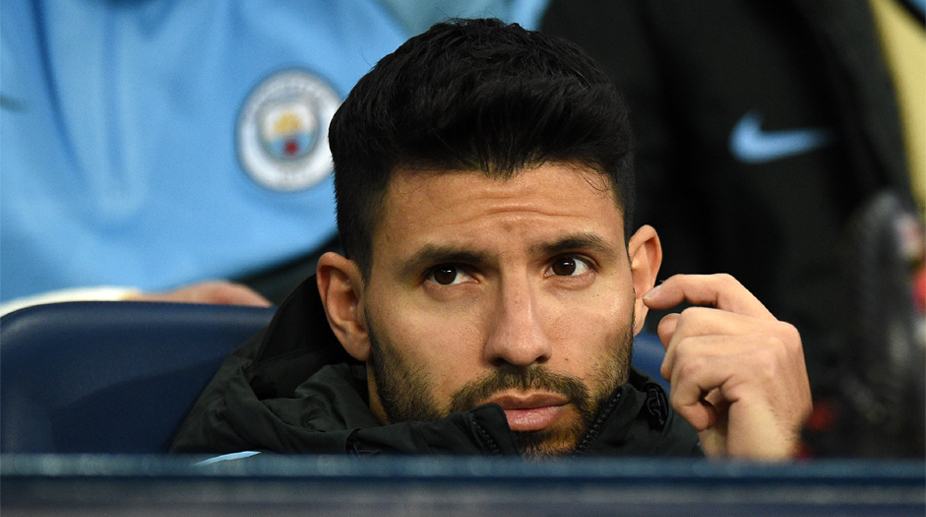 Manchester City striker took to Twitter to reveal an injury setback suffered in training, confirming that he will be out of action for approximately two weeks, effectively ruling himself out of the Sky Blues’ Monday night clash against Stoke City in the process.

The injury-prone striker has been in terrific form for the league leaders this season, with 21 goals in the Premier League alone.

City’s all-time top scorer, Aguero is among the most-feared strikers in the English top-flight and his loss cannot be overstated, despite the fact that Pep Guardiola’s men have effectively wrapped up the league title.

However, Aguero’s injury blow is softened somewhat as Brazilian forward Gabriel Jesus is fully fit and the young striker is expected to lead the line in the Argentine’s absence. With City out of the FA Cup, their next game after Monday’s trip to Stoke City is on March 31, a Premier League tie away to Everton.

Going by Aguero’s prognosis, he should be in contention to return for the clash against the Toffees.

As the Citizens do not play for nearly three weeks, they are jetting off to Abu Dhabi for a warm-weather training camp to recharge their batteries as they approach the business end of the season.

After lifting the Carabao Cup in February, City are pushing for a treble as they are a lock for the Premier League title and are serious contenders in the UEFA Champions League as well.