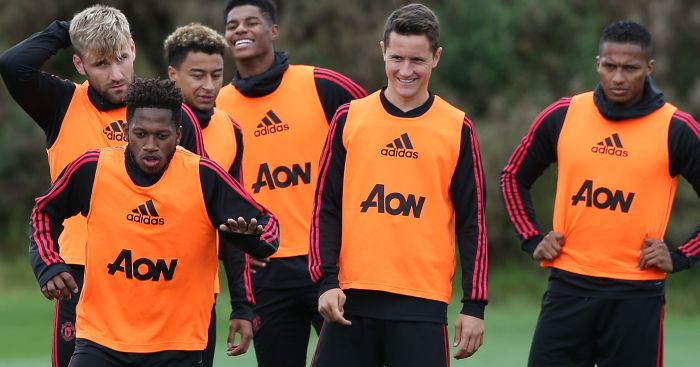 AC Milan are lining up a January transfer for Manchester United midfielder Ander Herrera, according to a report in Italy.

Calciomercato claim Milan are plotting a move for the Spanish player, whose contract expires at the end of the season,

There have been no indications from United that they are preparing a new deal for the 29-year-old, who was used as a defender in the recent 3-0 defeat to Spurs.

The switch to 3-5-2 from Jose Mourinho and the willingness of Herrera to fulfil a defensive role could well have come at the right time for Herrera, who has always stated his desire to stay at Old Trafford.

“I want to be here next season and unless the club sack me, I will be here in pre-season and fight to keep adding games to my total,” he said in The Guardian.

Herrera though has seen his influence under Jose Mourinho wane; he made just 13 Premier League starts and the offer of more first-team football may appeal to him.

Milan missed out on signing PSG’s Adrien Rabiot and Lazio midfielder Sergej Milinkovic-Savic this summer, and they are still looking for a central midfielder and with his contract running down they will be confident of striking a deal with United.